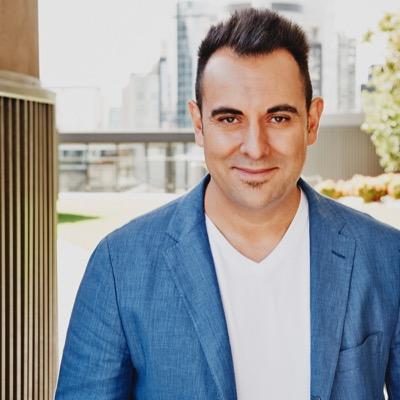 There are moments in life, occurrences beyond our control, that seemingly seek to define our future. Yet it is not our circumstances, but our attitude toward them that defines who we become.

Such was the case for Sam Bashiry. A man who chose success beyond adversity even in the direst of circumstances.

Life for Sam, as a child, was the harrowing reality of waking each day with the uncertainty of whether he would live to see another. Sam was born in Tehran, Iran and his childhood was faced by the horrifying impacts of war.

His distressing recollections tell of sirens howling through the night, and racing for cover with his family as the thunderous roar of fighter jets flew overhead while anti-aircraft missiles lit up the black sky, and a bone-chilling silence would pierce the night only moments before the deafening sound of bombs dropping over their city. The echo of destruction from explosions would persist for what seemed like days before the night would grow quiet again, with a haunting stillness. The unfathomable aftermath saw entire streets that stood only moments ago; completely destroyed, and countless lives lost.

A reality that no one should have to face.

Sam’s family fled the country in desperation when he was only 10 years old and arrived in Australia, but sadly his father was to remain in Iran until years later. With only his Mother and sister, and not able to speak any English, Sam and his family were locked inside a detention centre until their details could be verified.

At such a young age, Sam struggled to understand why they had been locked away. Their only wish was for a normal life, a life without the fear of being killed on a daily basis, and now he was not even permitted to go outside. He felt like a prisoner, trapped inside four walls, and trapped inside a life unfulfilled. His childhood had consisted of war, emptiness, and confusion, and without his Father, Sam was forced to mature quickly.

When Sam and his family were finally released and became Australian citizens, he was able to attend school. Whilst he initially faced challenges fitting in, he found solace in the diversity of Australian culture and the unity it provides.

He struggled to watch his mother face such a tough transition. Whilst his father remained in Iran, she was raising two children alone, in a new country where they knew no one, and had nothing. They had to endure without even the most basic things, but it was through this adversity that Sam found his strength. He chose to fight for more.

Driven by his determination to never face hardship again, Sam completed high school and went on to study Computer Science at Swinburne University of Technology. His tenacity proved to be an advantage when he soon came to land a job at a well know IT company at the lucrative business end of Collins Street. Timing had a huge impact on his career as the internet was beginning to advance and the buzz around it was all consuming in the IT industry.

He initially began work as a help desk operator and used his time to learn as much as he could. After listening to the needs of his clients and observing his tech savvy colleagues lever their positions and skills to advance their careers, he became inspired to further his own.

Quickly learning the nuances of the IT industry, Sam developed exceptional sales skills, and his life experience had proven to produce an enviable ability to create an opportunity out of any circumstance, which soon saw Sam evolve a simple idea into his own business.

In 2005, all Sam had to start was $1000 and the ambition to succeed. His unwavering belief that anything is possible and relentless hard work saw him successfully turn his $1000 into a multi-million dollar empire in just 10 years.

His company, Broadband Solutions, built one of Australia’s largest and most reliable IP networks specifically designed for business. Now, their network carries the Internet and telephony traffic for some of Australia’s largest companies and government departments as well as education sectors and over 85% of hotels in Australia. An enviable achievement to say the least.

As his business grows, Sam continues to prove that he is a force to be reckoned with.

Viewing his prosperity as a blessing, Sam now utilises his business success and experience to help others achieve their dreams. Working as both a mentor and motivational speaker, Sam draws on his life experience, successful career, and a wealth of knowledge in business to encourage others to realise their own potential, delivering powerful and inspiring messages to ‘create your own quality of life’.

Sam’s dedication to ‘give-back’ expands beyond his mentorship. His hard work, drive and ambition brought him to where he is today, but he believes in the importance of utilising that success to support those in need. His Philanthropic pursuits see him regularly donate his time, money and technology to various causes throughout Australia, utilising his success to try and make a positive difference in the lives of others.

Sam’s ambitions for business and for life are truly resolute. He continues to pursue his dreams and is a true testament to the idea that anything is possible. His continued success proves that the sky is not the limit but merely the point of view.

For those who doubt what they are capable of, Sam’s journey is truly a story to take onboard. A story close to his heart, not told to generate a sympathetic ear, but instead, to inspire those facing what seem to be boundless limitations, that life can be prosperous if you so choose it to be. To prove to anyone with the courage to believe in themselves, that we are in charge of writing our own journey…..

Sam Bashiry is an Australian businessman, entrepreneur and property developer, best known as the founder and director of the award-winning company Broadband Solutions, one of Australia’s most reliable and fast growing Internet Service Providers.

Sam’s success story is one that reflects the prosperity and opportunity available in Australia. By sharing his journey and ideas, Sam hopes to inspire anyone looking for more out of life that anything is possible, proving that with vision and determination, anyone can achieve extraordinary success.

.Get in touch with Sam.

RT @KumovaTolga I worked as an assistant to 6 stockbrokers in 2007 All of these brokers had a different investment style Some made a lot of money for clients and others only made money for themselves I learnt that the only way to make real money as a broker was to invest alongside my clients twitter.com/AsxViagra/stat…

About 11 months ago · reply · retweet · favorite

About a year ago · reply · retweet · favorite